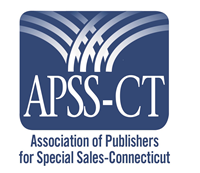 Dan Blanchard the Bestselling and Award-Winning, Author, Speaker, and Educator. TV Host. Two-time Junior Olympian Wrestler and two-time Junior Olympian Wrestling Coach who grew up as a student-athlete. However, Dan admits that as a youth he was more of an athlete than a student.  Dan has now successfully completed fourteen years of college and has earned seven degrees. He teaches Special Education and Social Studies in Connecticut’s largest inner-city high school where he was chosen by the AFT-CT as the face and voice of educational reform and is now on the speaking circuit for them. Dan was with the team that put forth Connecticut’s new Social Studies Frameworks and is also a member of the Special Education Advisory Board to the Connecticut State Department of Education. In addition, Dan is a Teacher Consultant for the University of Connecticut’s Writing Project. Dan is a double veteran of the Army and the Air Force. And there is now a play being written about his life.

Because Dan’s students repeatedly asked him to write a book to tell others what he tells them,  Dan finally listened and has now authored teen leadership books, The Storm: How Young Men Become Good Men, and its sequel, A Sprint to the Top: How to Win the Game of Life. He has also written academic books, parenting books, speaking books, authorpreneur books, and a whole bunch more. Finally, Dan writes a dozen columns on things from leadership, teens, education, special education, and parenting.

As an educator, coach, tutor, author, speaker, life coach, columnist, blogger, and parent Dan feels that it is his duty to positively influence our youth every chance that he gets! He lives with his wife, Jennifer, their five children, and the family dog in Connecticut.